This is one of my most oft requested cookie when I go to a group function. Or for a very special friend who absolutely loves them and steals them whenever he can. 🙂

I like the fact that the are simple to make, tasty, and still semi-soft compared to ginger snaps. I’m not a fan of overly hard cookies and as long as I don’t over bake these, they turn out perfect!

Some of the best you'll ever have!

I like pears well enough on their own, but when they are warm like these are, they are even better! For those who don’t like cinnamon (who are you people?!?), you can omit it and just have caramel. Or substitute the cinnamon with something else to flavor. Chili powder, if you like spicy, cardamon, star anise, or just add teaspoon or so of salt for salted caramel!

I made this the other night for the Man and the Girl. She helped with the pears while I did everything else. 🙂 You can use any type of pear you like, I just happened to use Bosc pears.

The caramel sauce will thicken as it cools. It shouldn't cool too much in 10 minutes, but enough to be able to pour over the pears. If it has thickened too much, warm it up a bit. I love cinnamon rolls and the lovely smell that fills the house when they are baking. At one point, I saw a video on Facebook somewhere for this recipe and then saw a Pinterest pin on it.

Giving this a try, I can tell you that I altered the recipe a bit. Pretty much end up doing that with a lot of stuff, but I digress. This turned out better than I expected but I predict that I’ll add more maple syrup next time. 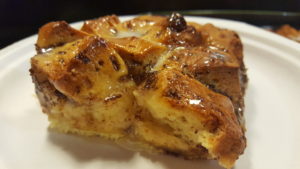 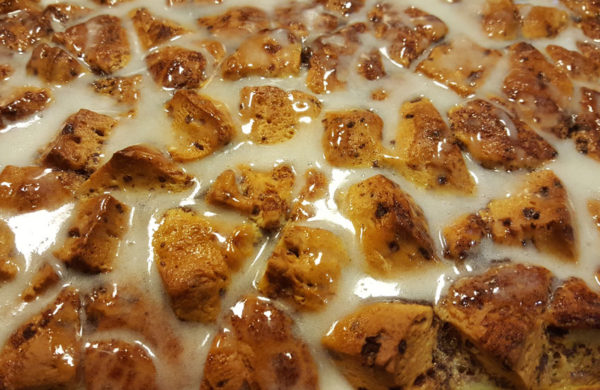